Comparison Between ICP and Atomic Absorption as Analytical Techniques

Is the ICP a competing technique that renders the AAS method obsolete? In this blog we see the differences betwern both methods. 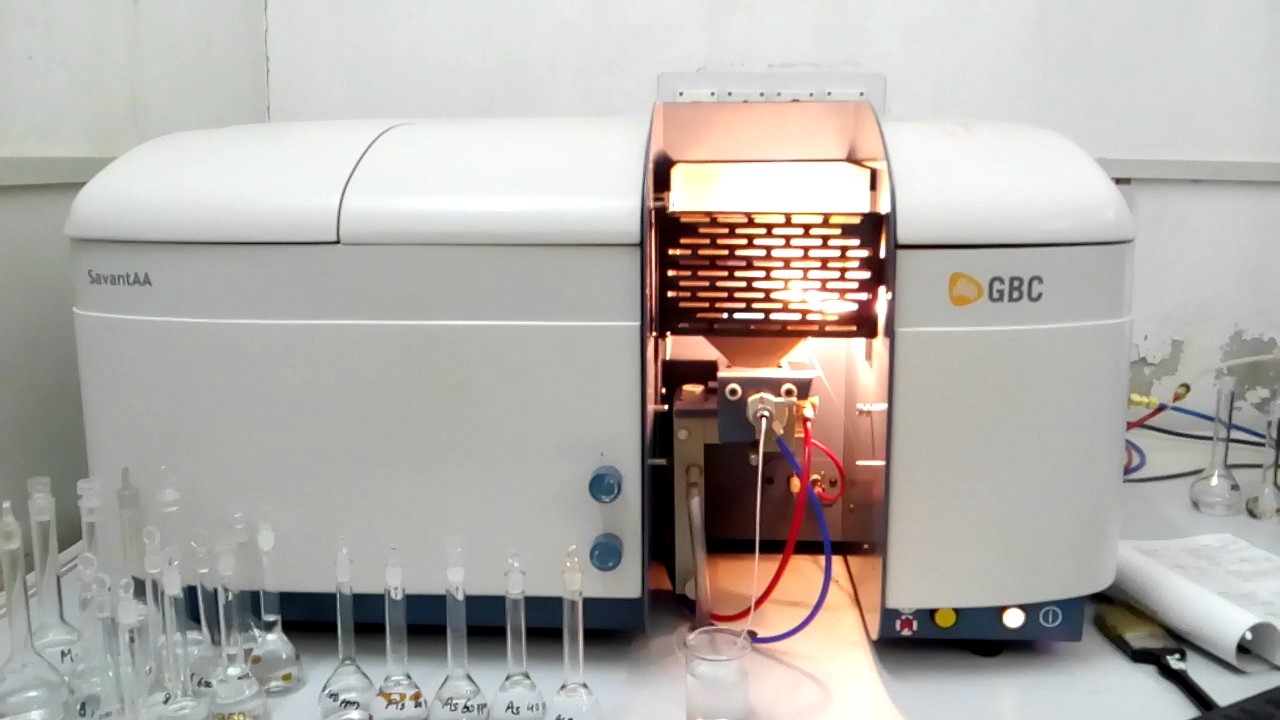 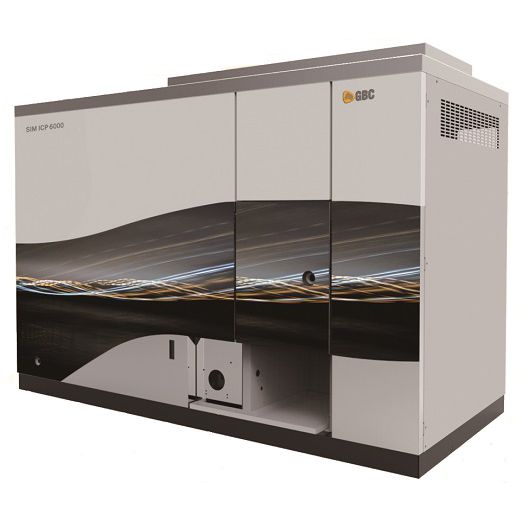 In 1953, the Australian Physicist Sir Alan Walsh demonstrated that atomic absorption could be used as a quantitative analytical tool. The technique of atomic absorption involves the use of absorption measurement of light by ground state vaporized atoms and then extrapolating concentration from absorption from a calibration curve.
It involves three main steps:
1. Sample Introduction and Atomization
2. Absorption and Measurement
3. Results
In the 1970s, the new technique of Inductive Coupled Plasma was developed. It involves a generation of a high density electromagnetic field into a coil from an RF generator. The current generated from the electromagnetic field induces high temperature thermal plasma estimated at 10,000K; where a plasma torch is generated from a quartz tube inside a cooled chamber that is engulfed within the coil.
A sample which is introduced into the plasma chamber atomizes and emits light wavelength specific to each atom. An optical detector measures the wavelength and intensity of each light emission and gives the results in the form of element concentrations. The concentrations are extrapolated from a calibration data from a standard solution containing a number of elements; more generally known as an "ICP soup".
In the mid-70s, the scientific press read: "ICP technology is going to sweep away AAS". And various technology experts predicted that within a few years atomic absorption would be an obsolete technique. Nothing is farther from the truth; five decades into the future. In fact, the AAS has found itself to be still indispensable to analytical chemists as a technique for elemental analysis. And both techniques seem to be rather complimentary than competing.
We shall look at different aspects of both instruments. Comparing between them in terms of: application, detection limits, speed of analysis, and cost of instrument.
Application
Since both instruments require samples to be in a solution; there is no clear advantage which technique fares better by application; as both techniques cover similar scopes such as: petrochemistry, environment, agriculture, geology, clinical and pharmaceutical, etc. It would be more accurate to say that although they cover similar applications; certain elements are more suited to analysis by either technique than the other.
Elements and Detection Limits 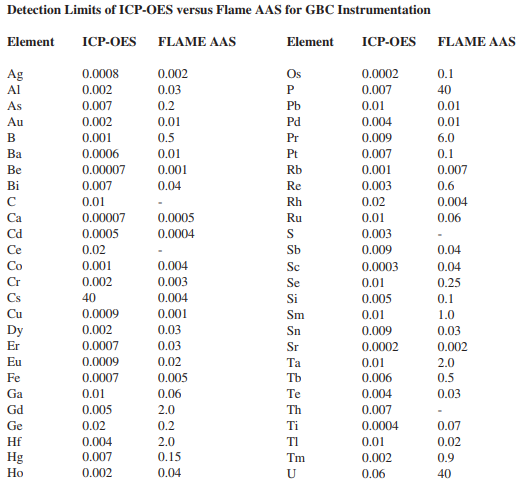 Observing the above table, we can deduce that generally, the ICP has a higher sensitivity than the flame AAS. It depends on the method and application. However, certain elements like phosphorous. sulfur, thalium, and carbon for example; are only detectable by ICP. On the other hand, the flame AAS fares better for cerium. 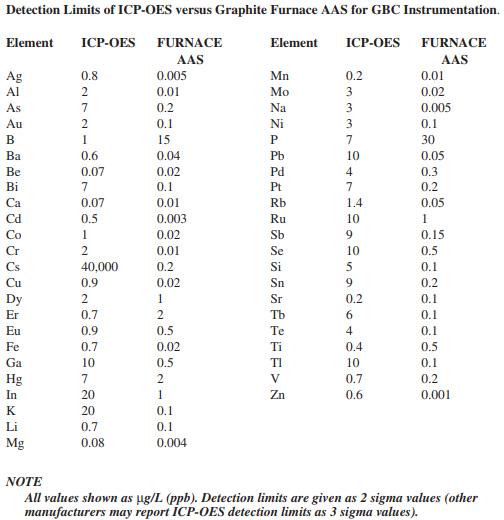 Moving over to the second table; the improvement in performance of the graphite furnace (GF) AAS is considerable compared to the flame AAS. This is why most samples containing refractory elements like vanadium and molybdenum are better analyzed by GF AAS. However, the ICP still maintains an analytical advantage over the GF AAS in such elements like phosphorous.
Speed of Analysis

The main difference between AAS and ICP is that AAS measures sequentially while ICP measures simultaneously. For each element you analyze in an AAS, the instrument runs the test separately and each hollow cathode lamp emits its light and the absorption is measured for a single element in each run. The speed of analysis in an AAS could depend on whether a fully automated system is used or a manual system; or whether single lamp sockets are used or multiple lamp turret with automatic changing is employed. It should be noted that there are sequential ICP systems that are generally less in cost than the simultaneous ICPs; but these sequential systems are still quicker than AAS because they measure a number of elements in each sequence.
If we are measuring only one element, the flame AAS is much quicker than ICP in equilibration time; with 3 secs in average for flame AAS compared to ICP time of 25 secs in average. Graphite furnace AAS are generally slower and require more time to equilibrate.
Generally speaking, the clear advantage of ICP becomes apparent in analytical tasks of more than 10 elements where the lamp adjustment and optimization for AAS becomes too tedious to be economical.
Cost
Flame AAS are not expensive compared to GF AAS or ICPs. In the order of cost; the following sequence is the typical:
1. Flame AAS
2. GF AAS
3. Sequential ICP-OES
4. Dual Sequential ICP-OES
5. Simultaneous ICP-OES
Again, it should be noted that ICPs become feasible when the analyst wishes to measure more than 10 elements per sample; especially in test-for-fee labs that value the productivity of the laboratory. For analysts searching for one or few elements; flame AAS becomes the most viable option in terms of cost. One could invest in a GF AAS if certain elements are not possible to properly analyze by flame AAS due to the insufficient energy of flame atomization compared to furnace atomization.
In conclusion, it can be said that AAS and ICP are rather complementary techniques than competing ones; and this greatly depends on the analytical task at hand. For certain applications or productivity requirements, AAS becomes more feasible; in other cases, the ICP becomes more the technique of choice for the task. In other cases, cost is the deciding factor in favor of one technique against the other, ICPs could cost as high as six times the cost of a flame AAS; and with the limited budgets in laboratories in some cases, the ICP becomes an infeasible choice even though the analytical task greatly justifies it.
For more information on the atomic absorption spectrometers https://prime.erpnext.com/atomic-absorption-spectrometers
For more information on the inductive coupled plasma https://prime.erpnext.com/inductive-coupled-plasma-spectrometers-icp-oes
References
1. http://www.gbcscientific.com/appnotes/icp_oes_app_note_001.pdf
2. https://www.hindawi.com/journals/physri/2010/164249/
3. https://web.nmsu.edu/~esevosti/report.htm

Prime for Scientific and Technical Supplies provides equipment, instruments and other related products and materials. We aim to be a one stop shop for all our customers laboratory needs. Since 2001, Prime has strived to provide the best services and solutions to the scientific community in the region.