Animal feed is one of the most important exports of Sudan. In this blog we discuss the different tests for the analyis of animal feed.

Animal feed is one of the most important exports of Sudan. The main exports are alfalfa hay in addition to different types of feed that are exported to different regions around the world, most notably the Gulf States. Ensuring that feed is compliant with international quality standards is particularly important if it is to be exported abroad. Different countries require certain quality standards and requirements for acceptance of the imports within their domestic markets. That is why it is preferred that the animal feed producer or exporter invest some resources in the application of a complete quality system.
A typical animal feed laboratory may consist of the below equipment: 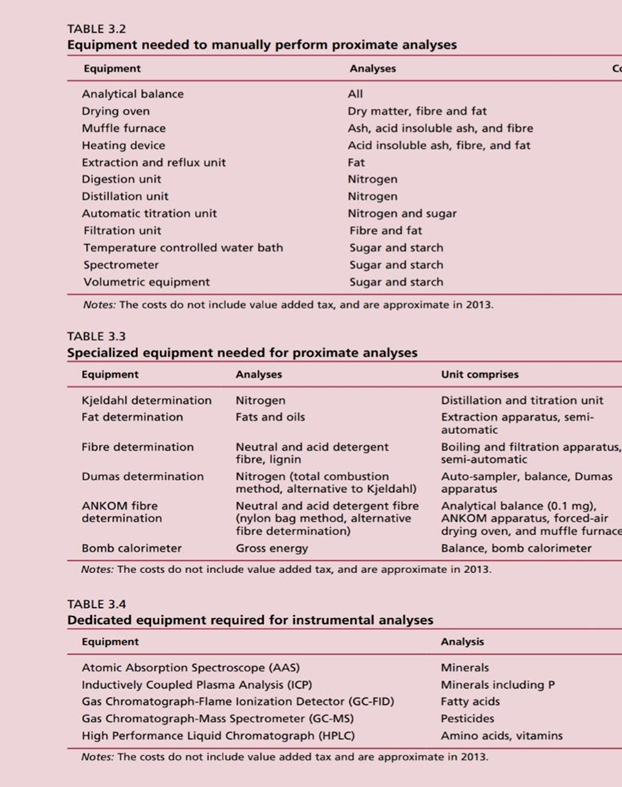 Reference: The Feed Analysis Laboratory: Establishment and Quality Control – FAO, United Nations
There are various tests that are carried out to determine certain parameters in animal feed. These can be summarized into: physical tests like moisture content, nutrients tests like determination of proteins and fats, and organic and inorganic analyses such as determination of heavy metals or pesticide residues.

The moisture content is measured in two ways. The reference method is the gravimetric method which is to measure the sample weight before drying in an oven and then measure its weight after drying for 2 hours at 105 ° C. The difference in weight divided by the original weight (known as the wet weight) gives a measure of the moisture content.
Moisture measurement methods have evolved and the same test can be completed within minutes through a halogen moisture meter. The halogen element heats the sample for quick drying and the internal balance of the device measures the weight change. The device automatically calculates the moisture content. The advantage of these devices is that they can adjust the drying program and duration according to the nature of the sample, and can control the temperature in a phased manner.
Differences and comparison between different methods of moisture analysis have been discussed in our previous blog "Comparison Between Different Methods of Moisture Analysis" 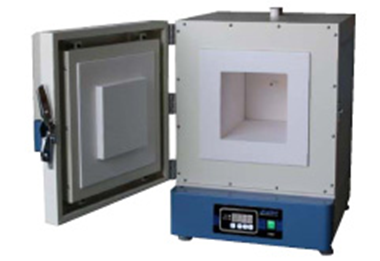 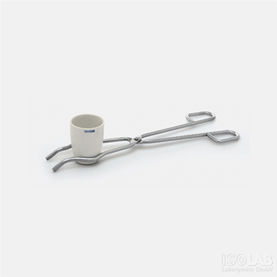 This is done by burning the sample in a furnace at a temperature above 500 ° C, burning organic compounds and the inorganic or mineral content remains as ash, thus enabling the calculation of the approximate amount of inorganic matter present in the feed, an important measure of quality. The type of furnace to be used should reach temperatures above 1000 ° C, although generally 600 ° C is sufficient. Porcelain crucibles should be used, in addition with long-armed tongs and thermal gloves to protect the laboratory technician from burns when removing the crucibles from the furnace.
Due to the presence of volatile matter in the sample, this technique is not usually accurate, that is why other more advanced test methods are preferred when testing for samples containing iron, lead, mercury, or other such metals. 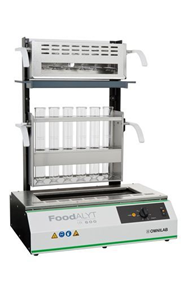 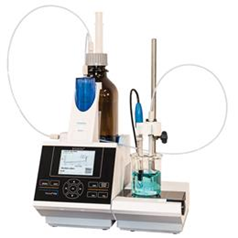 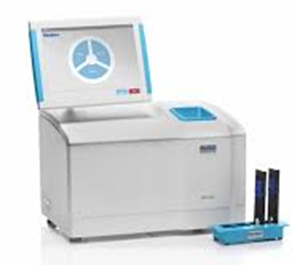 The first of these nutrients are the proteins that are calculated from the amount of nitrogen in the sample. Determination of nitrogen content is most commonly performed by a Kjeldahl experiment where the sample is digested for a period of time with sulfuric acid, then the solution is transferred to a steam distillation unit that performs distillation in the presence of boric acid. The distillate is then titrated by an autotitrator to determine the nitrogen content within the sample.
Fat content is measured by soxhlet extraction. The sample is bound within a thimble; and a boiling organic solvent such as hexane is heated in a round bottomed flask; which evaporates under the influence of heat and extracts soluble compounds when it crosses the sample and refluxes the solubles back to the flask along with the solvent. After the process recurs and the soluble extract (fats) is concentrated in the flask with the solvent, the solvent is separated from fat content by means of rotary evaporator; and the dried fat substance is weighed and the fat content determined.
The fibers are calculated after digesting the sample with sulfuric acid to get rid of sugars and then adding sodium hydroxide to get rid of proteins. Then the fiber content may be determined by calculation.
To save a considerable amount of time, near-infrared spectrophotometers are being employed in order to directly determine proteins, fats, fiber content, and different other parameters. Although their initial cost of investment is much higher than the conventional methods mentioned above, they are very quick and accurate and reduce the amount of effort and do not consume reagents; as samples in their solid forms are directly introduced in the NIR path.
Carbohydrates can either be calculated from the total content after subtracting fats, proteins, and fibers; or could be accurately determined by liquid chromatography. 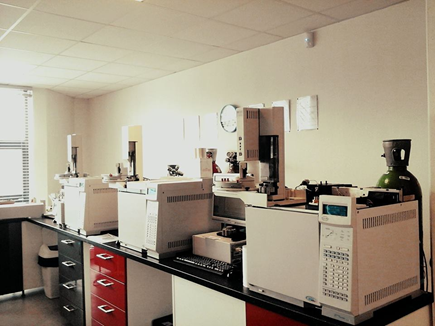 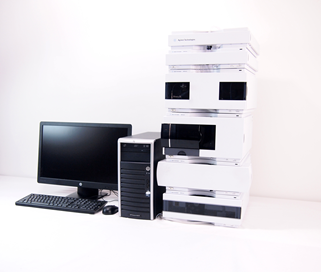 Toxins can be determined by liquid chromatography. The most important of these are mycotoxins and in particular aflatoxin B1 and B2. Typically, HPLC systems using gradient pumps, UV detectors, and C18 (5 um) columns are used for aflatoxins. The mobile phase consists of a mixture of bi-distilled or ultrapure water, methanol, and acetonitrile. The aflatoxins compounds are separated by virtue of their affinity to the column material or the stationery phase. The UV detector detects these compounds based on their absorbance on a specific wavelength of UV light and the aflatoxin compounds are thereby specified and quantified,
Pesticide residues, due to their composition of volatile compounds, are preferably analyzed by gas chromatography. Some methods use electron capture detectors while others that seek ultra trace compositions use a mass detector. The pesticide trace compounds are separated in the gaseous phase as they pass through a coiled column via an inert carrier gas; the column assembly is located within an oven to elevate temperatures to the desired level; and the detector captures the separated gaseous compounds and identifies the composition.
Although liquid and gas chromatography are very accurate methods for determining toxins and pesticide residues, they require a considerable capital investment and appropriate training of staff members; in addition to periodical preventive maintenance to ensure smooth operation of the equipment. 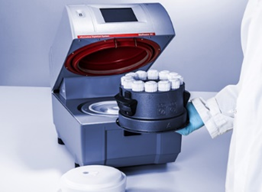 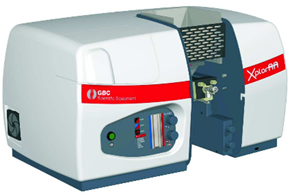 These are heavy metals that leak from soil or groundwater contamination into animal feed crops. These metals such as lead, cadmium, arsenic or iron, cause harmful effects to animals and humans as they remain in trace quantities within the feed. These trace metals are measured by spectroscopy devices, the most common of which are atomic absorption spectrometers or AAS. To use these devices the sample should be prepared well to extract the metal to be measured entirely, and this is only possible by a microwave digestion oven, which reduces the digestion time from several hours to half an hour only. Conventional methods describe the digestion of samples containing metals by oxidizing agents in a hotplate, however, these methods are long and volatile compounds could escape by evaporation. On the other hand, closed vessel microwave digestion is much effective and completes the digestion in much lesser time with higher recovery rates; and most importantly, an immense reduction of reagents consumption.
﻿
Published on August 10, 2019

Ziryab Imad, is the Business Development Manager for Prime for Scientific and Technical Supplies and specializes in: density measurement, viscosity measurement, optical measurement techniques, sample preparation, and petroleum testing instruments. He is passionate about doing things in an unorthodox manner to achieve greatest success.